Back in March 2012 Paul Taylor went to Maleny on the Sunshine Coast hinterland to teach a two-day workshop about biochar and its potential hosted by Hans Erken of the Bamboo Society of Australia. In the media release Paul was quoted:

“We’ll be teaching people how to make and operate biochar ovens from recycled material such as 200 litre drums and how to prepare and condition the biochar for optimum benefits in the garden or farm. Bamboo is a particularly good source of biomass as it is fast growing and grows in abundance the Northern Rivers climate – it is used in Japan to make excellent biochar.”

Many kinds of biochar devices were made and fired at the workshop, and Hans harnessed some of them to cook up gourmet meals of fish and bamboo shoots for the participants, and later drive the BBQ and pizza ovens.

ABC Radio contacted Paul on the Saturday morning of the workshop and interviewed him for the Weekends Program. The interviewer, Warren Boland, nicely drew out the subject of biochar from making it, using it in the soil, climate benefits, small scale versus massive scale biochar, local possibilities. We though you might like to hear what Paul had to say.

Please enjoy the slideshow which follows of this great event 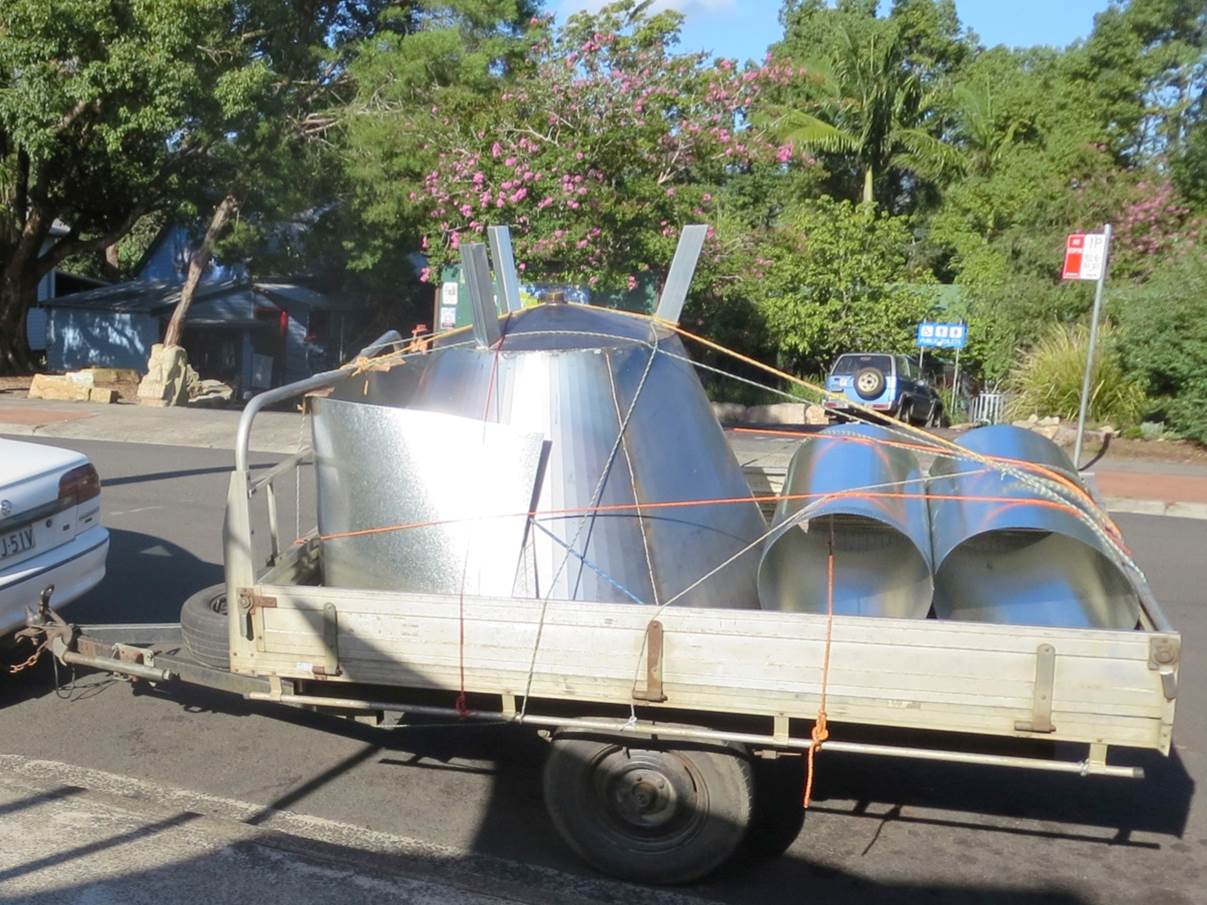 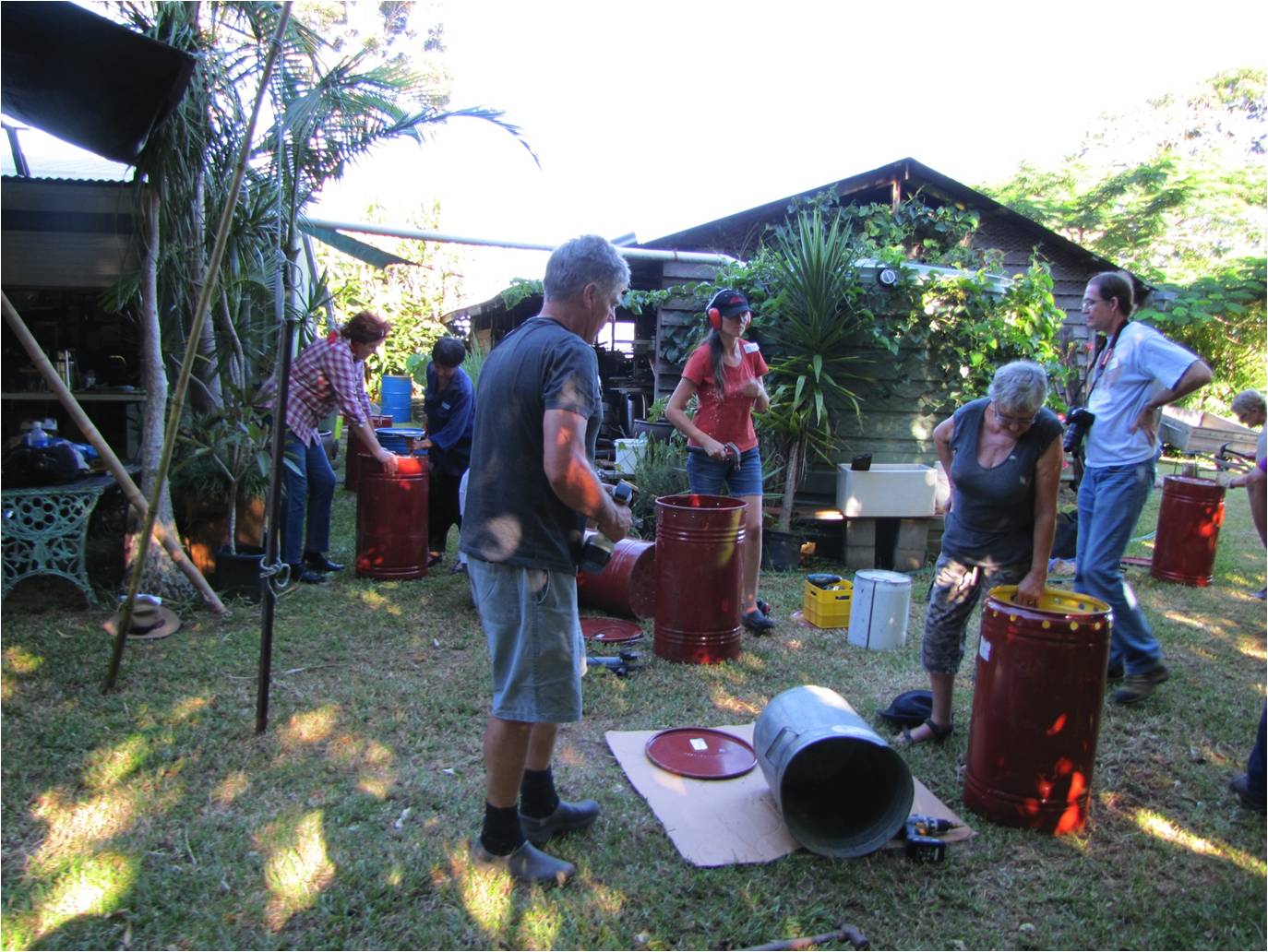 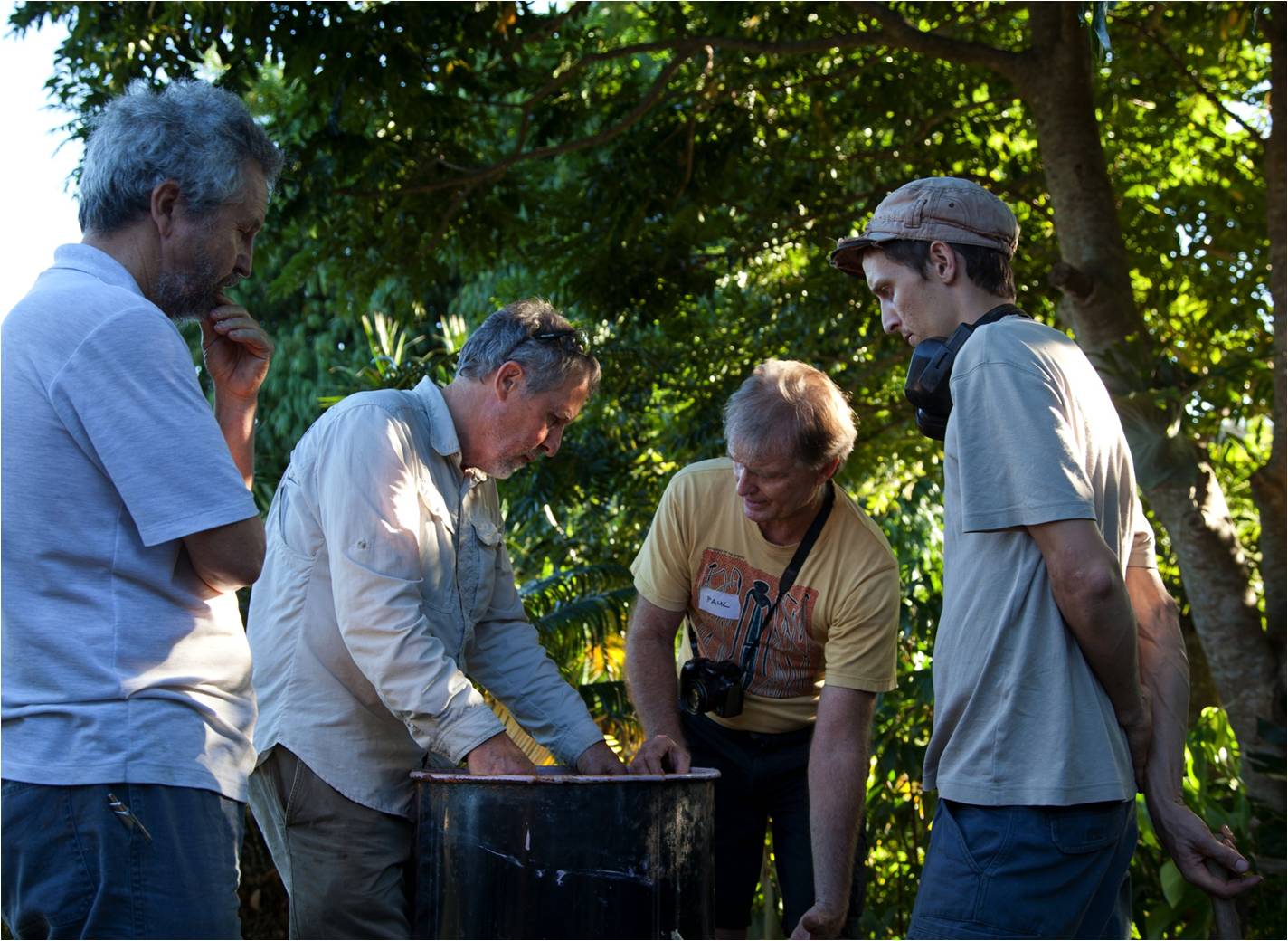 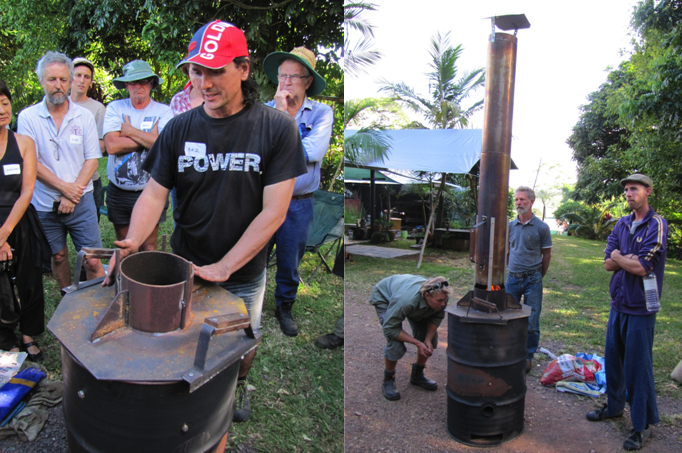 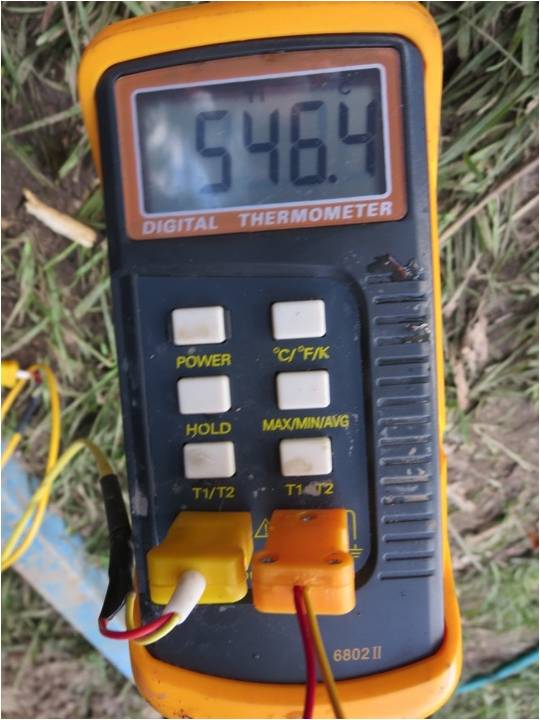 Here the two are combined. Heat from the TLUD underneath rises around the retort, filled with bamboo, sitting inside the green drum. The retort is the same size as the orange chimney drum on top. Once the bamboo in the retort is heated to around 300oC it begins to pyrolyze and give off gases, which escape though holes in the bottom of the drum and burn in the chimney along with the TLUD gases.

Bamboo biochar made in a retort

A BBQ or fish smoker sitting on a TLUD 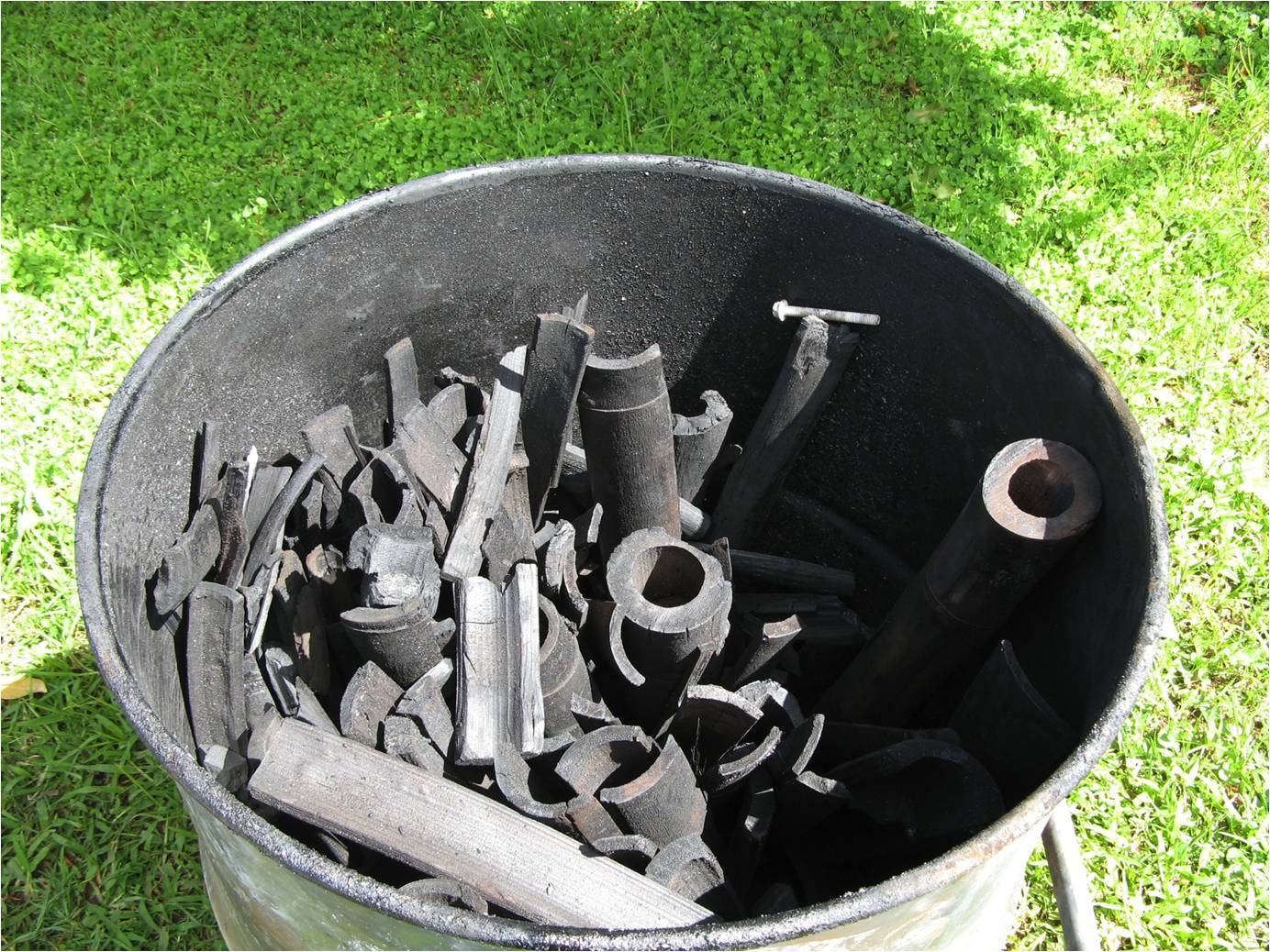 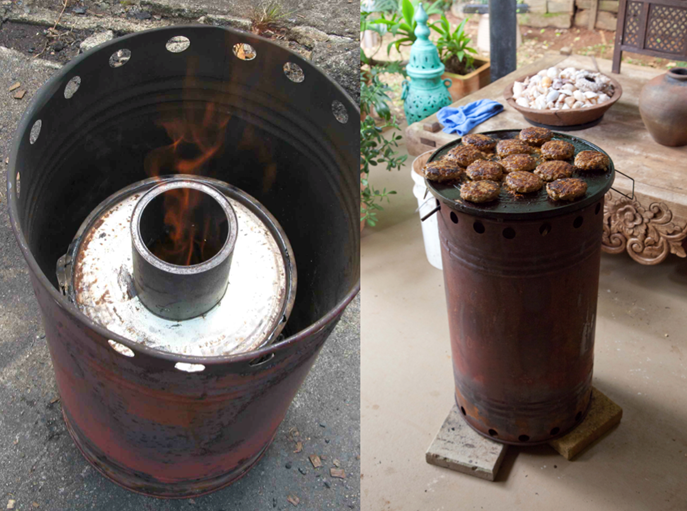 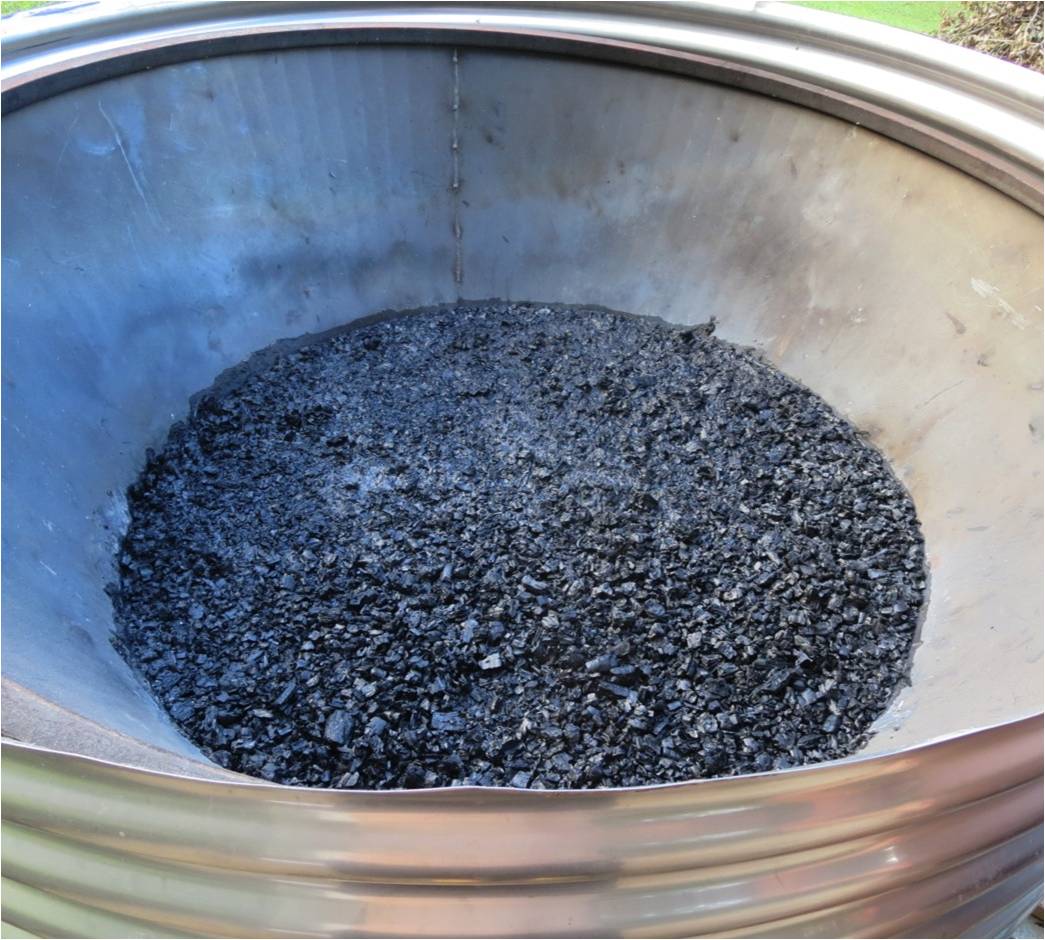 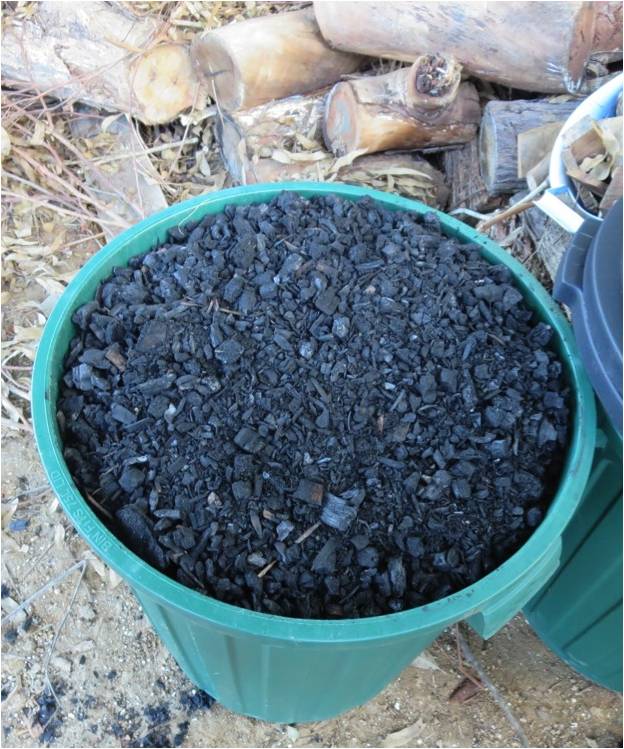 Making our tea on a biochar stove 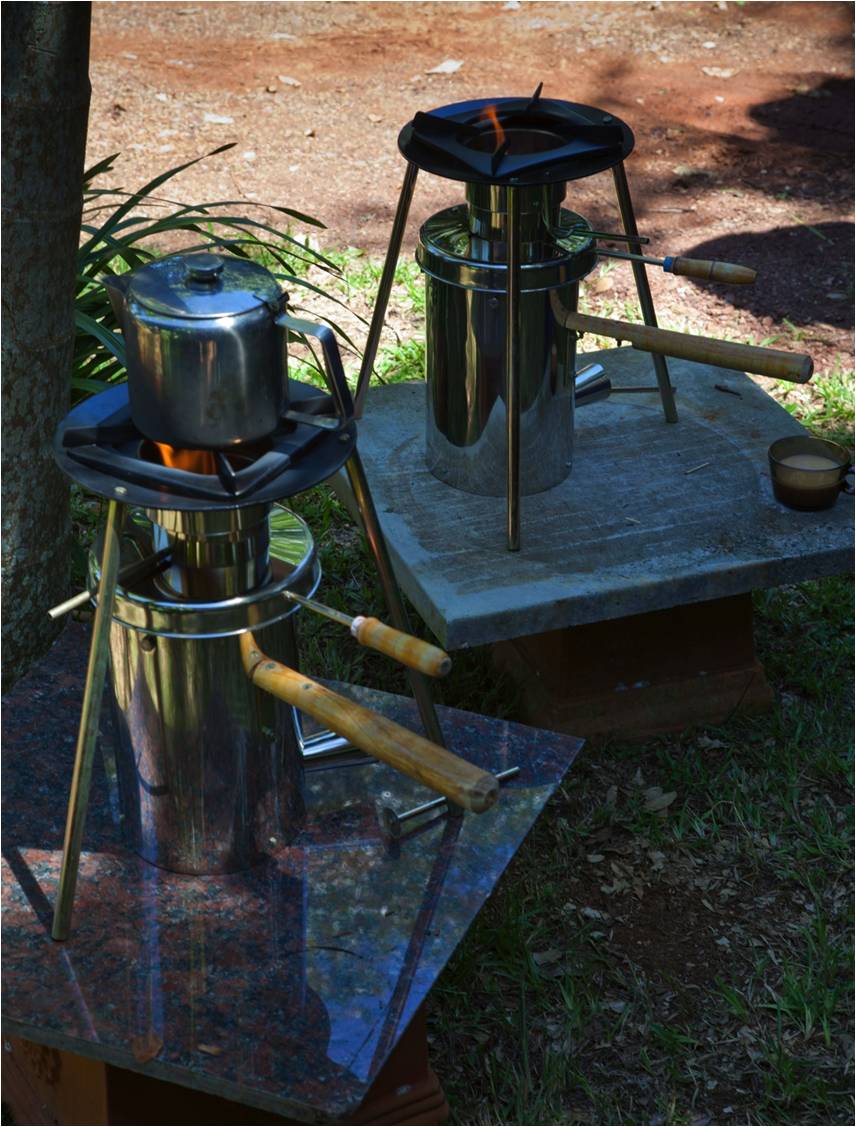 These stoves, from a non-profit in India are modeled on a TLUD known as the Champion stove because they won a competition for boiling water the fastest with the least emissions.

They are available in the product section of our site.